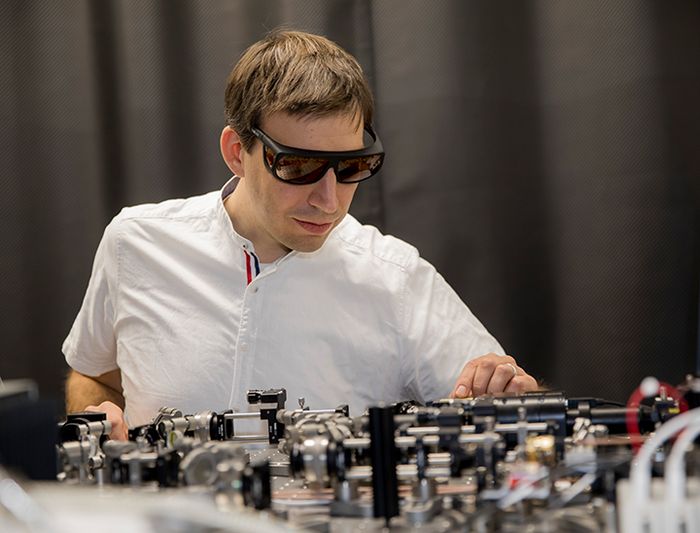 To visualize processes in living organisms is the goal of Dr. Oliver Bruns and his team at the Helmholtz Pioneer Campus. His work is now being funded by the German Research Foundation (DFG) with an Emmy Noether grant, which will provide 1.5 million euros over the next five years. Much of the money will flow into the development of SWIR technology. “SWIR stands for short-wave infrared, meaning infrared radiation at wavelengths of over 1000 nanometers,” explains Oliver Bruns, principal investigator of the first Helmholtz Pioneer Campus team, just recruited to Munich in 2018. “That’s precisely the range we use for our imaging approach with fluorescence dyes in contrast to conventional methods, which employ wavelengths of between 700 and 900 nanometers or the visible range.” Thanks to this technique, the researchers achieve better contrast and sharper images than with current methods, because “light of shorter wavelengths tends to scatter more, making structures appear blurred,” Bruns says. “We avoid this scattering effect and are able to visualize structures inside the body in much greater detail.”

Bruns and his former colleagues at the Massachusetts Institute of Technology (MIT) in Cambridge have already demonstrated how powerful the technique is. In recent publications (e.g. in Nature Biomedical Engineering, Nature Medicine or PNAS) they visualized physiological processes in unprecedented detail.

“In fact, we were able to work out many fundamental aspects of the technology and lay the foundations for further development at MIT. The application for Emmy Noether funding was also along those lines,” Oliver Bruns explains. “Backed by this funding, we now aim to bring SWIR imaging to the next level and put it into the hands of biologists and clinicians at the Helmholtz Pioneer Campus.”

Many scientists are eager to look over his shoulder. Three professors from the United States – Prof. Ellen Sletten (UCLA), Prof. Ou Chen (Brown University) and Prof. Tulio Valdez (Stanford University)  - have been named as Mercator fellows and are invited to join the Pioneer Campus to work with his group. This is a prestigious exchange program funded by the German Research Foundation (DFG) supporting the Emmy Noether proposal of Oliver Bruns.

“In this context, Tulio Valdez and Maly Cosco from the group of Ellen Sletten were working as guests in our laboratory,” Oliver Bruns says. “The exchange with them and other colleagues is the creative driving force behind our research and shows that our work has attracted considerable international attention.” 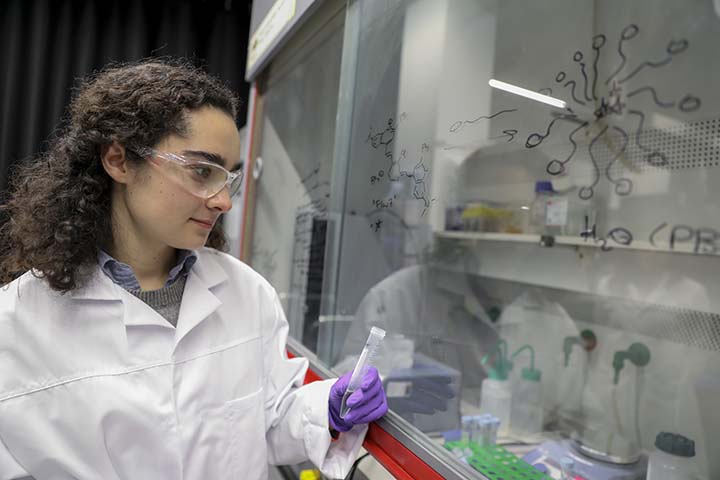 Background
The Emmy Noether Programme gives exceptionally qualified early career researchers the chance to qualify for the post of professor at a university by leading an independent junior research group for a period of six years.

Recently, Dr. Oliver Bruns joined the new Helmholtz Pioneer Campus, where he aims to visualize processes in living organisms. Together with his former colleagues from the Massachusetts Institute of Technology (MIT), he... 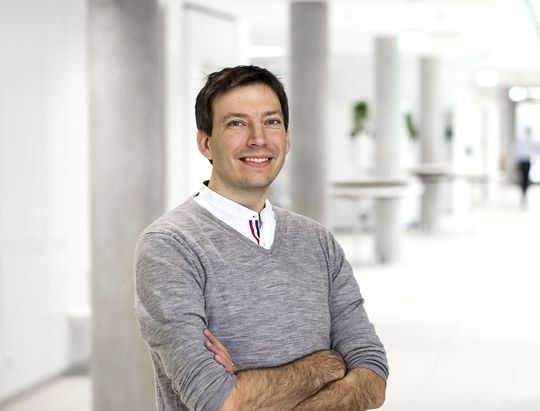 Literate in a variety of disciplines, Dr. Oliver Bruns combines cutting-edge technologies to bring unseen physiological processes to light. Since January 2018, he pursues his interdisciplinary approach to research at the...