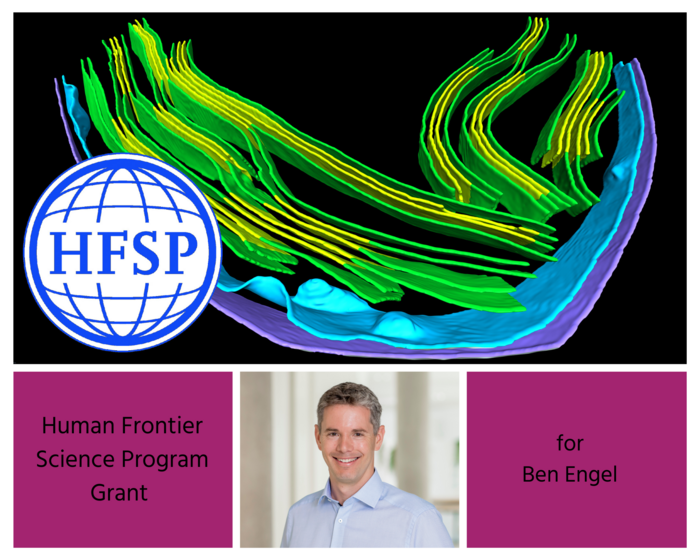 We are delighted to announce that Ben Engel has been awarded a Research Grant from the Human Frontier Science Program (HFSP) to study the adaptation of photosynthetic membranes to environmental change.

Along with Doran Bennett (Southern Methodist University in Dallas) and Roberta Croce (Vrije Universiteit Amsterdam), Ben Engel will receive one of the 21 Research Grants in 2021. All winning teams in the 2021 Research Grant Competition went through a rigorous, year-long selection process in a global competition. Starting with 709 Letters of Intent, 93 were selected to submit a full application. In addition to the 21 Research Grants, 7 teams were also selected for an Early Career Research Grant. This year, scientists with their laboratories in more than 50 different countries were involved.

The funded project seeks to understand the adaptation of thylakoid membranes to changing environmental conditions. Photosynthetic organisms convert sunlight into biochemical energy, thereby sustaining most of the life on Earth. Fluctuating light intensity presents a fundamental challenge for these organisms, which must find a balance between increasing productivity and avoiding damage cause by overexciting the photosystem protein complexes embedded in their thylakoid membranes. Using the model green alga Chlamydomonas reinhardtii, the interdisciplinary team will combine functional, structural, and modeling approaches to investigate how thylakoid molecular architecture is dynamically remodeled to adapt photosynthesis to changing light.

The Human Frontier Science Program is an international program of research support implemented by the International Human Frontier Science Program Organization (HFSPO) based in Strasbourg, France. Its aims are to promote intercontinental collaboration and training in cutting-edge, interdisciplinary research focused on the life sciences. HFSPO receives financial support from the governments or research councils of Australia, Canada, France, Germany, India, Israel, Italy, Japan, Republic of Korea, New Zealand, Singapore, Switzerland, UK, USA, as well as from the European Union.

The Helmholtz Pioneer Campus is an innovation campus with a startup culture at the Helmholtz Zentrum München. HPC stands for the intelligent fusion of biomedical sciences, engineering and digitization. Teams of top scientific talents from all over the world work together on the development of novel solutions that makes a difference in the prevention, diagnosis and treatment of diseases. HPC aspires the values of Hermann von Helmholtz (1821-1894), a physician and physicist, polymath and science pioneer.