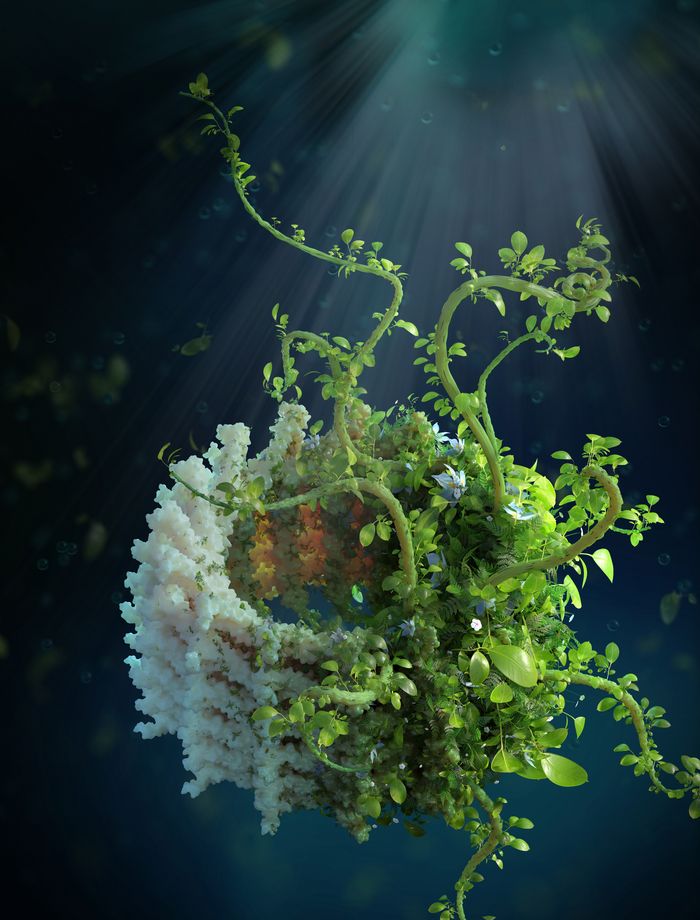 Power to the Plants: Artistic rendering of the VIPP1 ring structure covered in lush plant life, representing the central role of VIPP1 in constructing and maintaining the photosynthetic thylakoid membranes that enable plants to grow. This study is featured on the cover of Cell. Image credit: Verena Resch.

New molecular insights into the protein that builds thylakoid membranes.

As climate change dramatically reshapes the Earth, causing food scarcity and massive biodiversity loss, it will be pivotal to engineer plants that better resist environmental stress to help maintain the habitability of our planet.

“Photosynthesis is our ally in this fight”, says Dr. Engel. Thylakoid membranes inside cyanobacteria, algae, and plants convert the energy of sunlight into biochemical energy, which these photosynthetic organisms then use to remove CO2 from the atmosphere and fix it into the sugar that feeds much of the life on Earth, including humans. “Most of the life on our planet depends on thylakoid membranes. Our group seeks to understand how these intricate membrane structures are assembled and remodeled in response to changing environmental conditions,” explains Dr. Engel.

Vesicle-inducing protein in plastids (VIPP1) co-evolved with thylakoid membranes and is highly conserved in all thylakoid-bearing photosynthetic organisms, from land crops to marine algae and cyanobacteria. While decades of studies have implicated VIPP1 in thylakoid biogenesis and homeostasis, it has remained a mystery how this key player exerts its essential functions.

“Most of the life on our planet depends on thylakoid membranes. Our group seeks to understand how these intricate membrane structures are assembled and remodeled in response to changing environmental conditions.”
- Dr. Ben Engel.

In their recent study, Dr. Engel’s group used cryo-electron microscopy to generate the first high-resolution structure of VIPP1. Combining this structural analysis with in vitro and in vivo functional assays revealed with exquisite detail how VIPP1 assembles into an interwoven protein coat that hydrolyzes nucleotides and shapes membranes. Intriguingly, VIPP1 is both structurally and functionally homologous to ESCRT-III proteins, which repair a variety of membranes in human cells. Next, the researchers used the state-of-the-art technique of cryo-electron tomography to image VIPP1 structures within the native cellular environments of cyanobacteria and algae cells. They designed single mutations that interfere with VIPP1’s ability to bind membranes and observed lethal thylakoid swelling under high-light stress, implicating VIPP1 membrane remodeling in thylakoid maintenance under changing environmental conditions. They also observed VIPP1-coated membranes connecting the chloroplast envelope with thylakoids, providing the “missing link” for how thylakoids are built from lipids synthesized in the envelope.

While further details remain to be uncovered, this study lays the structural foundation for a mechanistic understanding of VIPP1-mediated thylakoid biogenesis and stress resistance across the photosynthetic tree of life. The study’s key insights into the molecular mechanisms driving thylakoid remodeling expand the molecular toolbox for engineering crops that not only grow faster and better resist environmental stress, but also fix more atmospheric CO2 to push back against climate change. 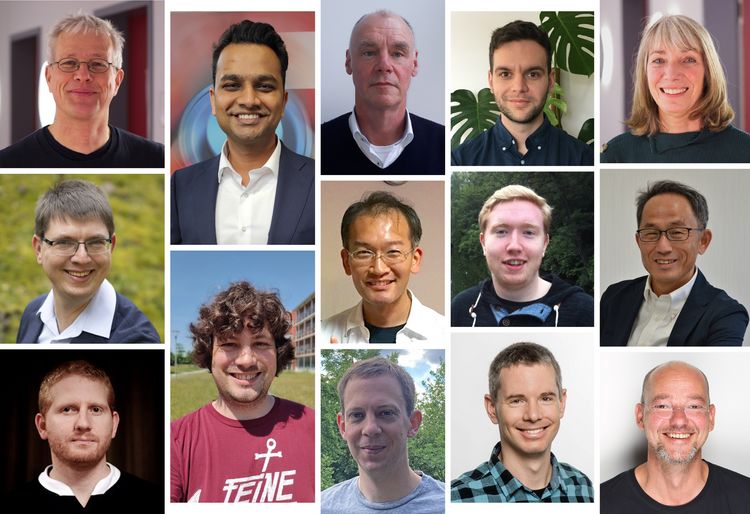